After a long weekend of no shows, it was great to get back to the Brick for a double whammy of hilarious and touching clown performances.

Despite its deceptive name, Pompo and Pipo is a solo clown performance. We are immediately introduced to Pompo, a musically inclined clown with a vivid imagination. She appears as a modern day hobo-style clown, happily living amongst discarded boxes, garbage and her assorted "keepers." As we see her pass through her day, she interacts with Pipo, what appears to be a small urn, and turns out to be someone she has lost in a tragic accident. The darkness of this piece is revealed, as we understand that the imaginary world of Pompo is not so much a clown at play, but someone living in denial and hiding from reality.

This piece depends on the ability of Pompo, played by Z Smith, to create an imaginative reality that is inviting to the audience. We are introduced to Pompo's universe as a place of fun and games. Trash becomes musical instruments, plastic bags are balloons, and newspapers are hats. Through Pompo's miming of preparing a delicious breakfast, we begin to believe in this clown's ability to create her own universe. This made it believable that she had the power to conjure an entire audience to attend her birthday party, a scene that had the potential to feel like a contrived "clown" moment instead of an invitation into the world of Pompo.

It was nice to see a clown show that attempts to balance both a light and dark reality. We take for granted that clowns interact at times with their audience, and it was satisfying to see a show that places that interaction within a specific context. We are a part of Pompo's created universe, and she speaks to us to escape the empty place that her loss has created. 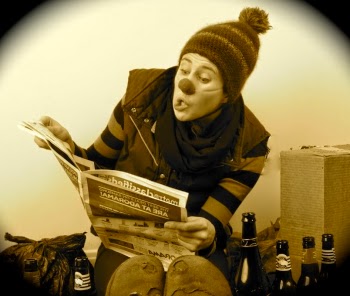 I had never met Deenie Nast before. Wow. Although she might object to the term, this is a clown who knows how to handle herself onstage. Played expertly by Audrey Crabtree, Deenie hosted the hell out of this evening of clowns and comedy. When she was onstage, whether it was singing, talking to the audience, or bossing around her team of assistants, she owned every inch of the stage. As much fun as each of the acts were, Deenie filled every segue with so much laughter, that you almost forgot that anyone else was there. 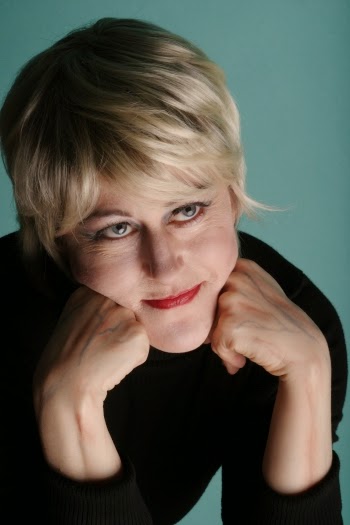 Here is a quick description of two of the hilarious and notable acts that stood out to me.

A truly skilled clown and mime, Jeroen immediately grabbed my attention by taking a moment to engage in eye contact with every person in the room before beginning. With our full attention, he dove into a piece where he brought a spoon to life with amazing realism. The spoon, feeling insulted for being used to pick up hot soup, began an epic battle with Jeroen. This puppetry battle switched speeds, direction and emotional levels keeping the audience consistently surprised and laughing heartily. Jeroen has unbelievable physical control of his body, and his timing and specificity made this piece a true stand-out. 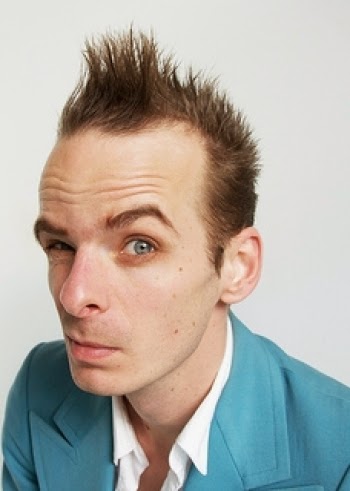 If Jeroen's act was sharp and specific, Dimitri was wandering and chaotic, but just as pleasurable and satisfying. Dimitri began his act with a simple lighting trick, trying to get the stage lit. However, this devolved into what felt like a 15 minute act of mayhem and disarray. It was hard to tell what was improvised or scripted as Dimitri fumbled and fell all over the stage, pulling props from offstage, onstage and tearing down the very curtains of the space. Several times in the festival, I have seen talented clowns make their deliberate actions seem like blunders for comic potential, but none of them have been able to keep the routine going for as long, or with such great detail as Dimitri. 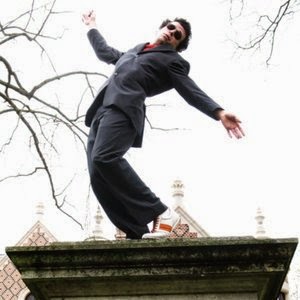 There is one more cabaret next Thursday (September 25th), and I can't wait to see the smorgasbord of talent that will be served up at that one.
Posted by Unknown at 7:43 AM